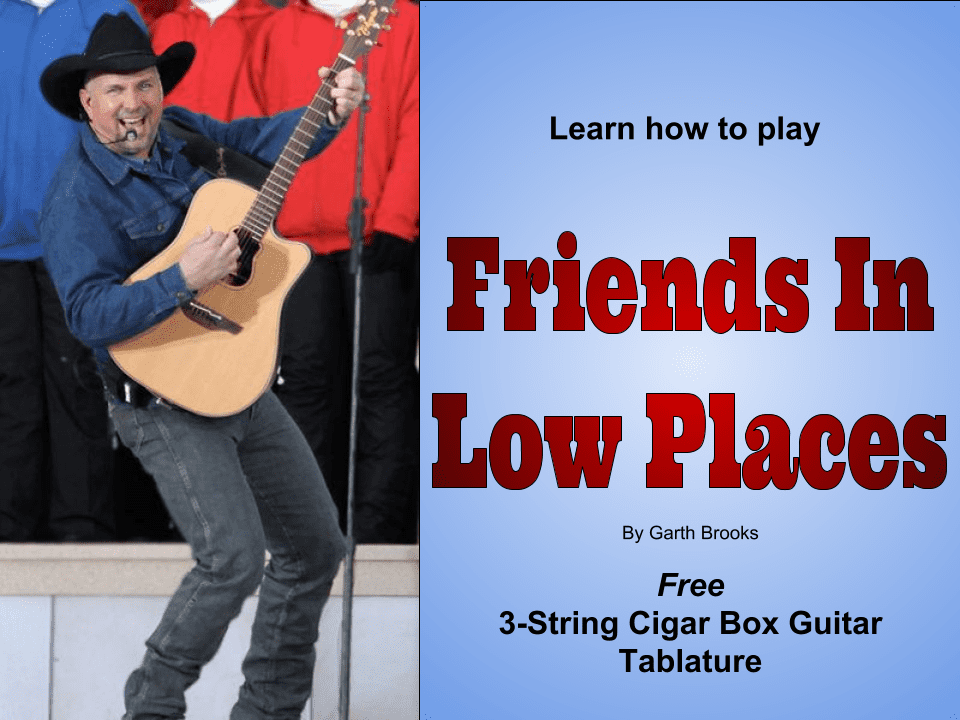 Learn how to play Friends In Low Places, the smash country hit made popular by Garth Brooks, on your 3-string cigar box guitar with the free PDF tablature in this post.

Released in 1990 as the lead single on country music artist Garth Brooks’ second album titled No Fences, Friends In Low Places was a whopping success, spending four weeks atop the Hot Country Songs list and winning single of the year awards from both the Academy of Country Music and the Country Music Association.

The song was written in 1989 by Earl Bud Lee and Dewayne Blackwell who met Garth Brooks while he was a shoe salesman in Nashville, TN, merely aspiring then to be a country music star. Brooks recorded Friends In Low Places as a demo (his last) for Lee and Blackwell and later asked to include it on his then upcoming second album. Lee and Blackwell agreed and the rest is country music history.

Brooks’ recording of Friends In Low Places is a critically-acclaimed pop-country music hit, catapulting him into the stratosphere as one of the most successful country performers of all time. While the original version of the song has two verses, Brooks’ live performances often include his own third verse, along with some more colorful lyrics – a style which has endeared him to blue collar country music fans all over.

Now you can learn how to place Friends In Low Places on your 3-string cigar box guitar.  Simply click on the image below to download the free tablature. Then you can print the tab and take it with you to your own low places. 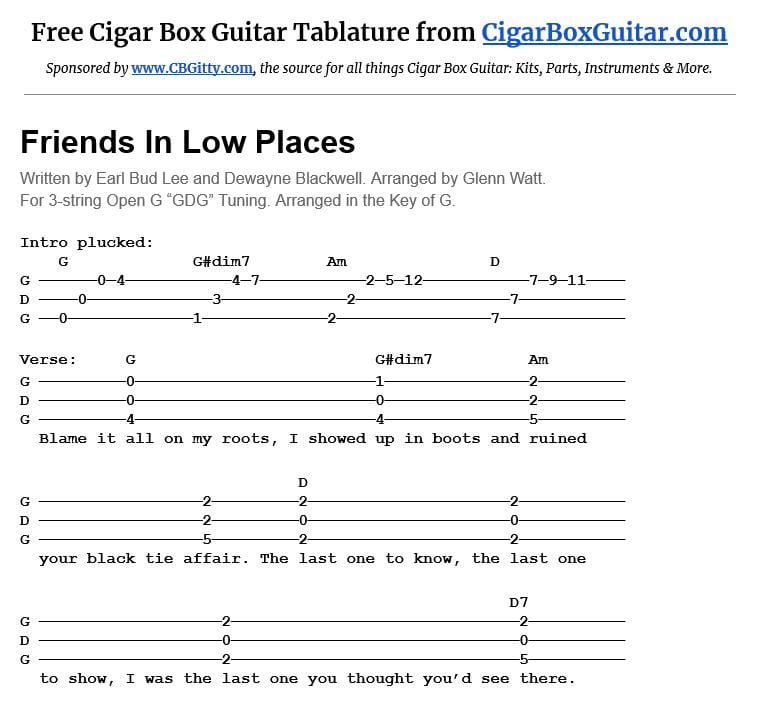 If you’d like some help reading tablature, watch this quick video tutorial.