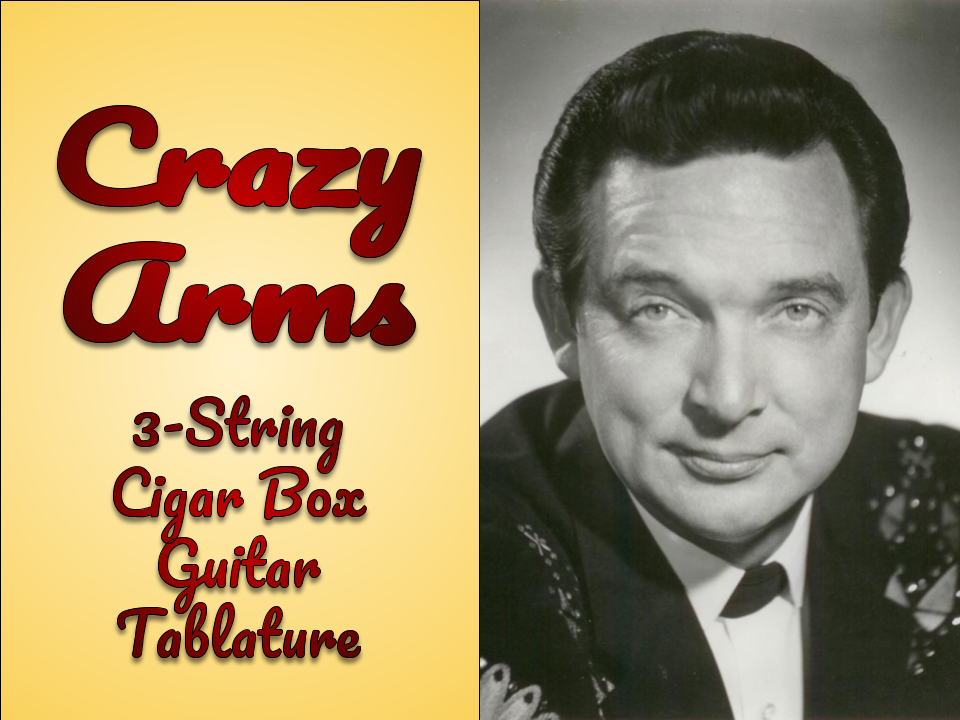 Learn how to play Crazy Arms, as performed by Ray Price, on your 3-string cigar box guitar with the free tablature in this post.

Known by some as the Cherokee Cowboy, Ray Price was a working musician who recorded and performed well into his 80’s. Of his well-known songs, it was Crazy Arms, Price’s first #1 hit on the country music charts, that is considered his career-making song.

Written by Ralph Mooney and Chuck Seals, Price’s recording of Crazy Arms was released in 1956 and went on to be covered by dozens of artists over the following decades; most notably Bing Crosby, Waylon Jennings, Willie Nelson, Patty Loveless, and Jerry Lee Lewis.

Now you can learn how to play Crazy Arms on your 3-string cigar box guitar with the free tablature in this post. To download the free tab, simply click on the image below. 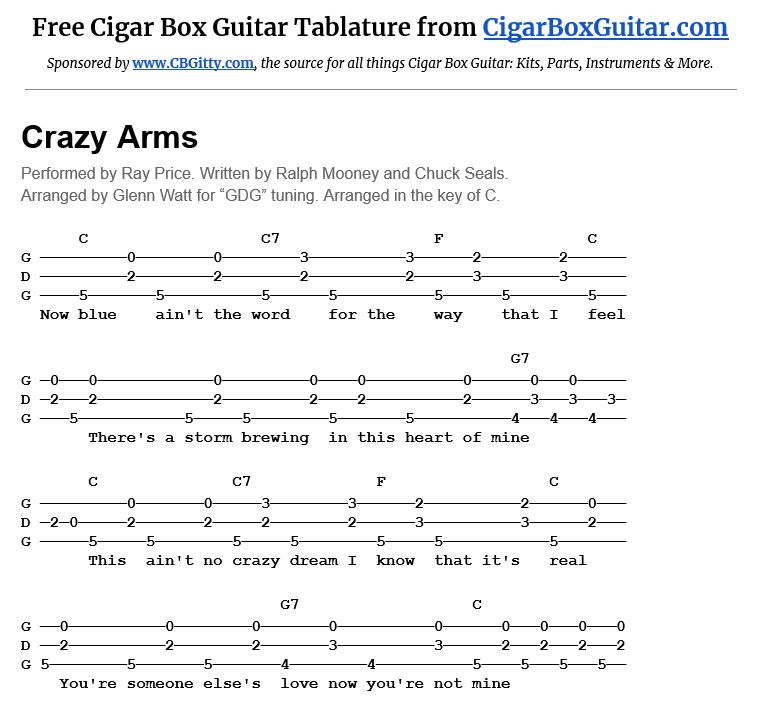 If you’d like a little help reading tablature, watch this short video tutorial.