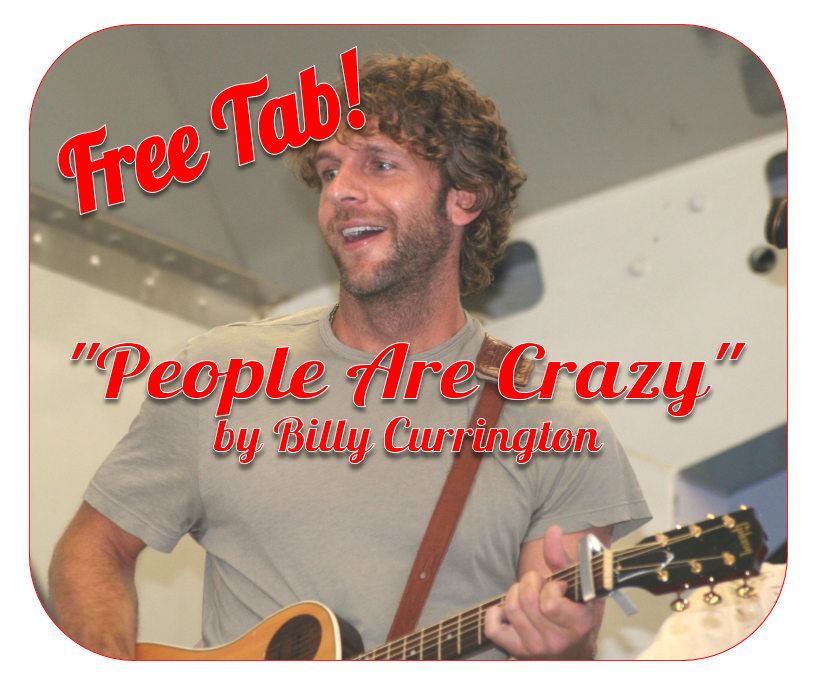 Learn how to play People Are Crazy, as performed by Billy Currington, on your 3-string cigar box guitar with the free tablature in this post.

People Are Crazy, written by Bobby Braddock and Troy Jones, was recorded by Billy Currington and released in 2009 on Currington’s second album. The song tells a story of Currington meeting a man in a bar who, after his death, leaves Currington his fortune.

People Are Crazy is a fun, feel-good story that, despite receiving much criticism for not being a “true” country song, reached #1 on the U. S.  Billboard Hot Country Songs chart and earned Currington nominations for two different Grammy awards.

Now you can learn how to play People Are Crazy on your 3-string cigar box guitar with the free tablature in this post. Simply click on the image below to download your free tab.

If you’d like a little help reading tablature, watch this short video tutorial. 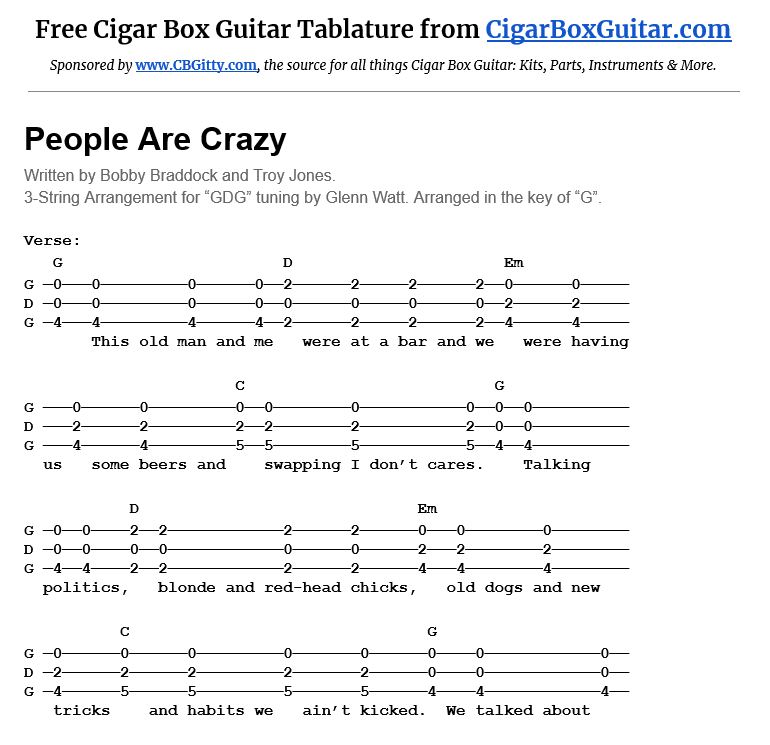