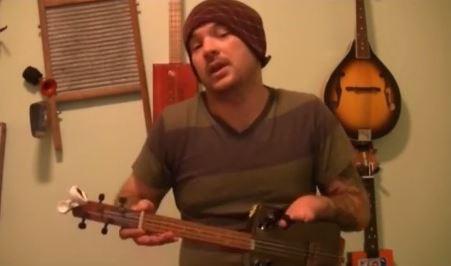 In this video lesson, Dan shows you how to play the old blues song “The Midnight Special”. This was a traditional folk song first popularized by Lead Belly, and has been recorded by many other artists such as Big Bill Broonzy, The Beatles, Burl Ives, Van Morrison, Creedence Clearwater Revival, Eric Clapton and Paul McCartney.

In this video lesson, Dan presents the song more in the style of Lead Belly than of some of the later adaptations. The chords and progression are nice and simple, so grab your uke and give it a try!