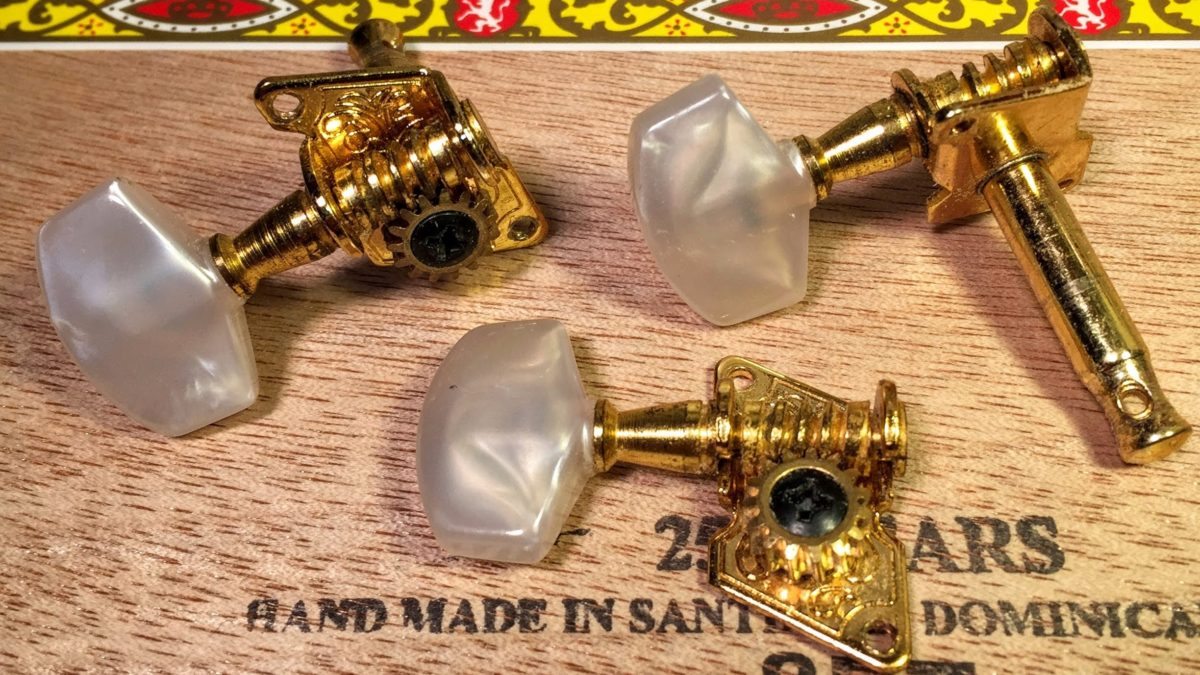 Ever wonder which way is up on a cigar box guitar tuner?

Would you like to learn how a cigar box guitar tuner works, how you should orient them, and why it matters?

Well, you’re in luck, my friend.

In this article you’ll learn:

Plus, you’re going to get a bonus tip on how to flip an open gear tuner for a mistakenly drilled hole.

The anatomy of a tuner

A tuner has a pinion gear with a cylinder, also known as a capstan, in the middle of it. 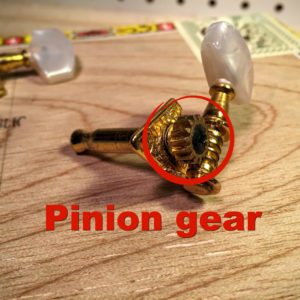 The capstan has a hole in the far end through which a string is fed. 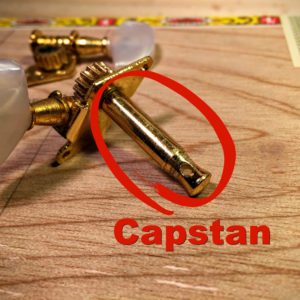 A worm gear is connected to the pinion gear. 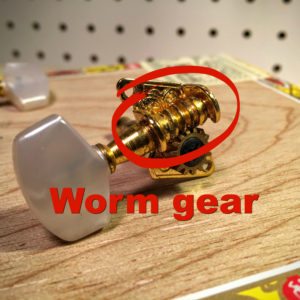 A tuning knob is connected to the end of the worm gear. 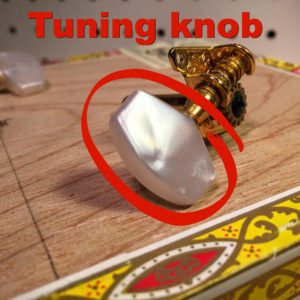 All the above is connected to a mounting plate or enclosed in a housing. 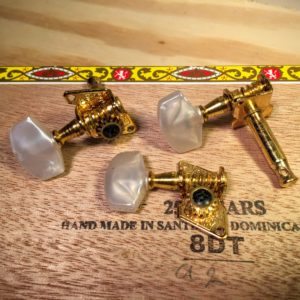 The anatomy of an open gear tuner is pretty straight forward.

“But which way do they get installed?” you ask.

Here’s a simple explanation to identify which direction to install your tuners.

How to identify which direction a tuner is oriented

Consider the neck of your cigar box guitar.

When looking at the back of the headstock, you can see that the tuners are installed with the pinion gear on the bottom of the worm gear. 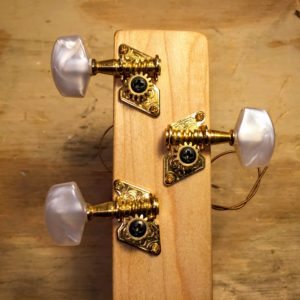 Tuners with knobs on the left of the headstock are left-hand tuners.

Therefore, tuners with knobs on the right of the headstock are right-hand tuners.

Why the orientation of the tuner is important

The downward tension of the capstan pushes the pinion gear up. 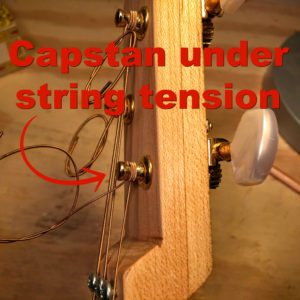 The upward pressure on the pinion gear pushes it into the worm gear.

The pressure of the pinion gear pushed into the worm gear creates a solid connection between the two gears. 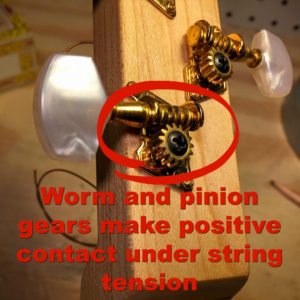 That solid connection allows the string to be tuned in a fine manner.

It also disallows the pinion gear to slip, helping the string to stay in tune.

And now for that bonus tip…

How to flip an open-gear tuner

Let’s say you have 1 right and 2 left-hand open gear tuners.

That, my friend, is a drag.

Fear naught, for all is not lost. 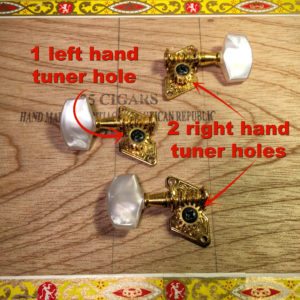 Disassemble 1 of the left-hand tuners. 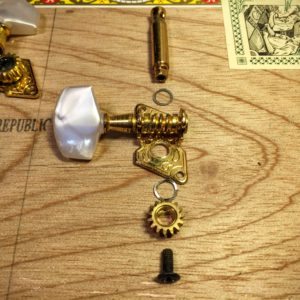 Remove the worm gear from the mounting plate. 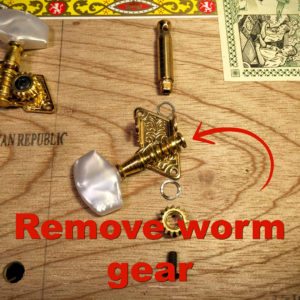 Turn the worm gear over and put it back into the mounting plate so that the knob is on the right-hand side. 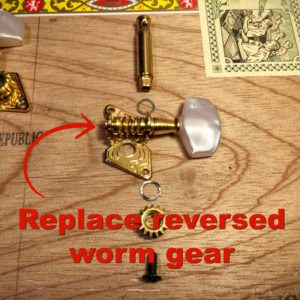 Replace the pinion gear and screw.

It’s true that the mounting plate doesn’t match the other right-hand tuner, but now you’ve got all 3 tuners functioning the way they should.

And that makes for a good day. 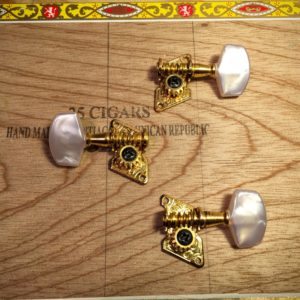 There you have it.

One thought on “How a Cigar Box Guitar Tuner Works”