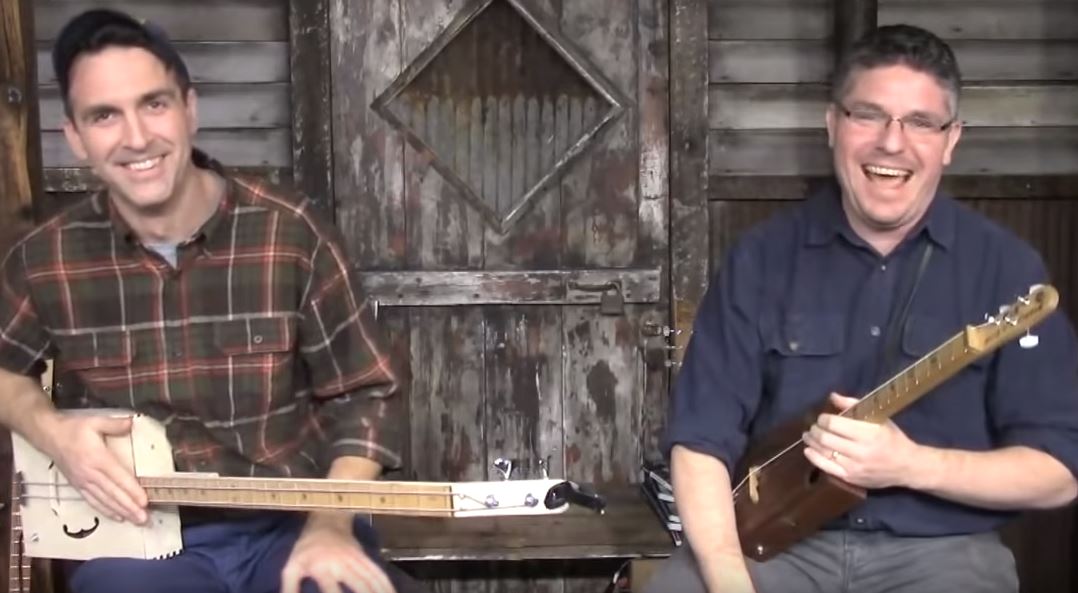 Did you miss The Gitty Gang Show this past Friday? No worries. We’ve got you covered. Here’s the entire video for your viewing pleasure, plus some time stamps for you to get to the most important segments in the show.

Above is the entire episode 68 of the Gitty Gang Show with Ben, Glenn, and Nick.

Listed below are times to fast forward to so you can see the most important show segments.

5:29 – Ben shares a great tip on why he sometimes plays his 6-string Coke crate guitar, rather than his trusty 3-string Hobo Fiddle.

6:32 – In honor of those who’ve served their country, Ben and Glenn play The Band Played Waltzing Matilda.

16:23 – Because the Gitty Gang is so inspired by the things you build and play using parts from C. B. Gitty Crafter Supply, we share those projects in Watt Corner.

28:18 – Speaking of inspiration, longtime CBG community member Rick Ganey has his guitars on display at a prestigious museum!

29:38 – Here’s the latest amazing How-to-play book, written and published by Ben “Gitty” Baker, and some great advice on how to add value to selling your own cigar box guitars.

41:11 – Here Ben, Nick, and Glenn ask for CBG community members like you to send us videos to share on the Gitty Gang Show.

43:55 – As a result of the will to continually innovate, Ben talks about an exciting new offering at C. B. Gitty. You won’t want to miss this!

49:14 – Each week we say thanks to everyone who watches and publicly shares the Gitty Gang Show on Facebook. And we do this by rewarding a handful of randomly chosen viewers with some really cool stuff. In this clip you’ll hear the names of four community members who each won a $50 gift certificate to C. B. Gitty Crafter Supply, just for publicly sharing the show!

52:54 – Before the end of each show, Ben talks about some of the cool new stuff happening in the CBG community. This week he’s got an especially fun announcement!

And that’s a wrap on episode 68 of the Gitty Gang Show. In order to experience the show in real time and interact with the Gang in the comments, watch the show live each week on Friday, 2:00pm eastern standard time.