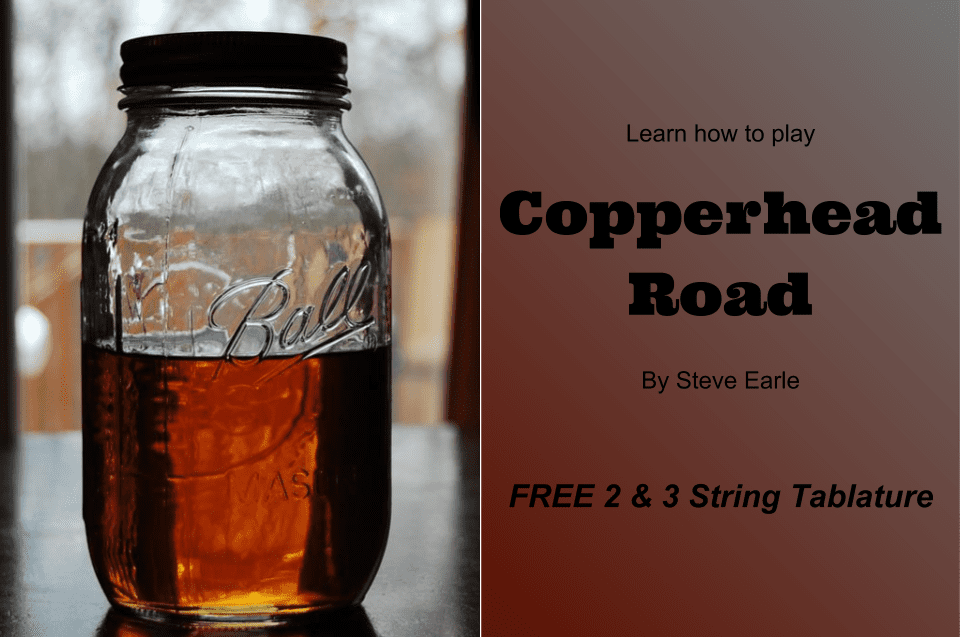 Learn how to play Copperhead Road by Steve Earle on your 3-string cigar box guitar and 2-string bass with the free tablature in this post.

Copperhead Road is an outlaw country-rock song written by Steve Earle and released in 1988. The song is about a man, John Lee Pettimore, who comes from a line of Tennessee moonshiners and bootleggers, and tells about the dangerous, even murderous, side of such livings.

Pettimore goes off to fight in the Vietnam war, only to return home and pick up the dangerous way of life his father and grandfather once led. Only this time, Pettimore opts to grow crops – illegal in the United States – he learned about while overseas, rather than keep up with moonshining.

Now you can tell the story of John Lee Pettimore on your 3-string cigar box guitar and 2-string bass, such as the C. B. Gitty G-Bass, by downloading the free tablature in this post. Simply click on the images below to download the free tab. 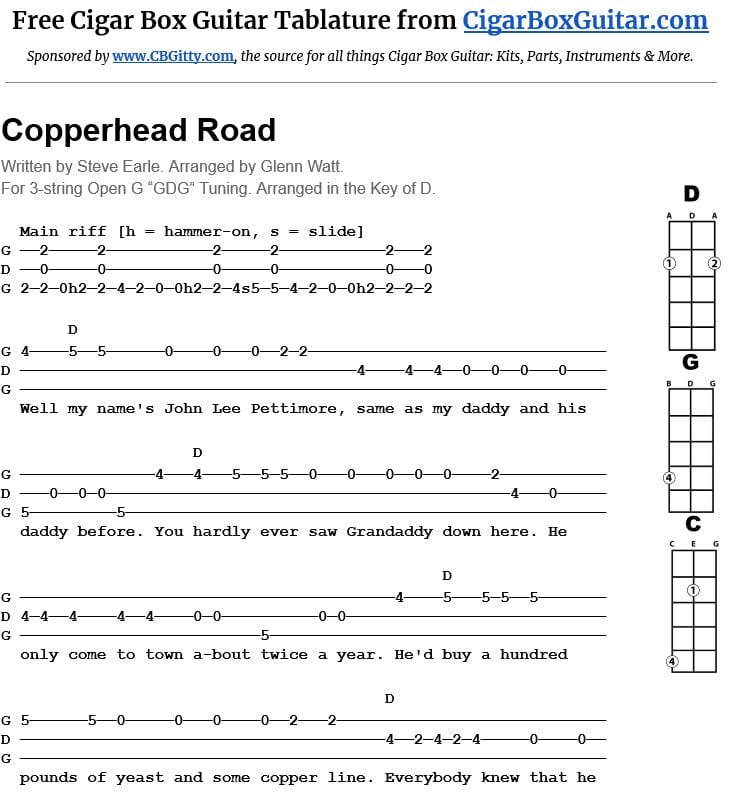 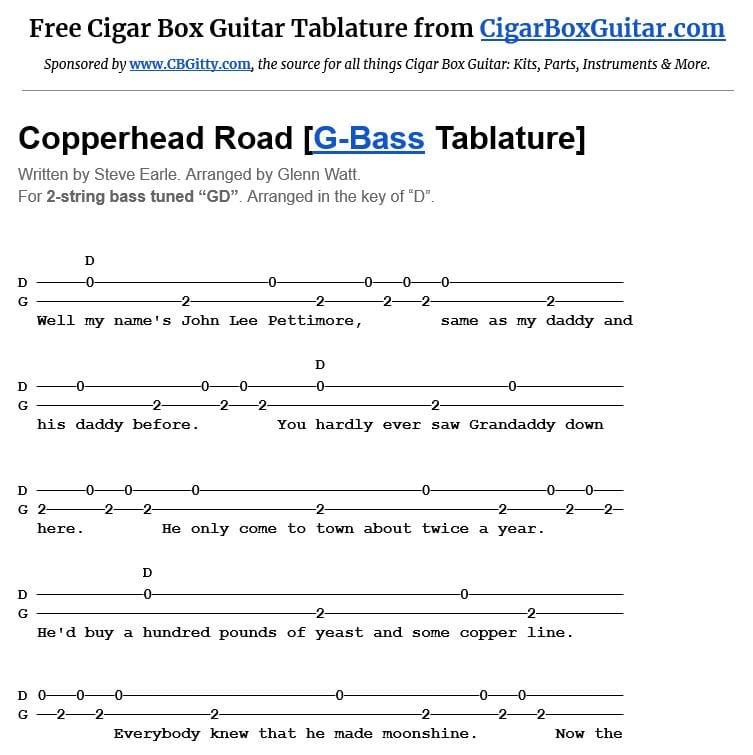 If you’d like a little help reading tablature, watch this quick video tutorial. While the video is for 3-string cigar box guitar tablature, the same information applies to 2-string G-Basses as well.