Back in the mid 1990’s, Shane Speal played a primary role in the rediscovery of the cigar box guitar. Drawn to their primitive, raw sound and power, and how far removed they were from the main-stream musical establishment scene, he declared the start of the Cigar Box Guitar Revolution. 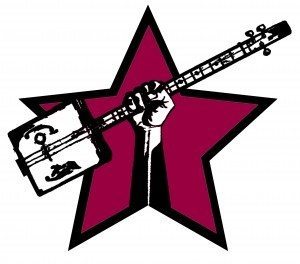 These days, 20 or so years into the modern CBG revival, people sometimes roll their eyes or scoff a bit when we still refer to this movement as a revolution. I am here to tell you it still is, and I just a reminder of why this morning.

A couple of days ago, I posted a knowledgebase article on Zero Frets, with the goal of introducing cigar box guitar builders to this often overlooked or misunderstood topic. This morning I found in my inbox a comment from a man who is a luthier, and runs a website dedicated to luthiery. I will not name him or his site, that is not the point of this blog post. Suffice to say, it is the sort of site where the subcellular structures of certain strains of Sitka spruce grown in certain soils, and the effects of all of that on tonal quality, are discussed.

His comment on my zero fret article was this, and I quote: “Utterly wrong. Sorry. Indefensibly so. Back to the drawing board.”

Immediately, I thought “what did I get wrong”? I re-read the article. I compared its points to the Wikipedia article on zero frets, and some other resources I had on hand. I made a couple of tweaks to my own article to make a couple of points more clear.

But slowly, it dawned on me… wait a minute. I didn’t make a mistake. I didn’t mess up, and I didn’t do anything wrong.

The reason that the Cigar Box Guitar Revolution is in fact a Revolution is because of attitudes like the guy who posted that comment. The folks who think that musical instruments can only be crafted by sages in ivory towers, which then are handed down to the hushed masses. The sort of people who will arrogantly dismiss and belittle someone else’s work, without adding anything constructive or useful to the conversation. The sort of people who look down their noses at the instruments we create and call them toys, not worthy of attention.

So instead of getting angry, or firing off an e-mail response to the author of that comment, I am taking encouragement and inspiration from him. The cigar box guitar revolution is alive and well!