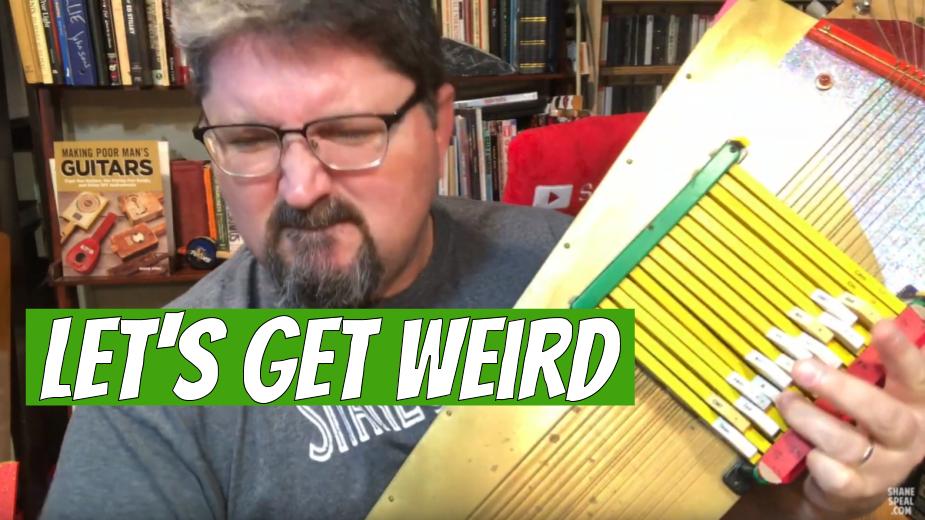 Built by Dick Bozung, these curious wonders were inspired by autoharps and Guitaros, an autoharp that’s played in a position similar to a guitar.

The first Nightingale Shane shares has a brass soundboard that gives the instrument a brashy twang, while the second one has a wooden soundboard for a mellower tone.

Each instrument has diatonic keypads to play songs with no “wrong” notes, and both are amazing feats of curiosity.

Learn more about the “weird” instruments Shane has discovered and collected through the years in his book Making Poor Man’s Guitars.