Today we bring you free tablature for the popular Civil War tune, “Johnny Comes Marching Home”  for Cigar Box Guitars tuned to Open G (GDG). This arrangement can also be adapted to other popular 1-5-1 tunings.

An Irish-American bandleader from the Union Army named Patrick Gilmore first penned the lyrics for this classic during the height the American Civil War. It was written as a musical voice for the general sentiments of longing and heartache of a population who wanted nothing more than to see their relatives and friends return from the war.

At the time he used a pen name, a popular trend among composers of the era to enhance the romanticism of their musical compositions. Indeed, the piece was popular on both sides of the war, and was even popular in England.

Like many songs of the era, the melody borrowed heavily from another source. Gilmore was said to have heard a soldier humming a tune during the early days of the war and he tweaked it to suit his purposes.

Maintaining popularity well into the 1900’s, the melody is also used as the base for the popular Irish Tune “Johnny I Hardly Knew Ye”, notably performed by Tommy Makem and the Clancy Brothers and more recently by The Dropkick Murphys.

Below are two tabs for this classic. The first presents just the melody and the second presents chords that help enhance the song. 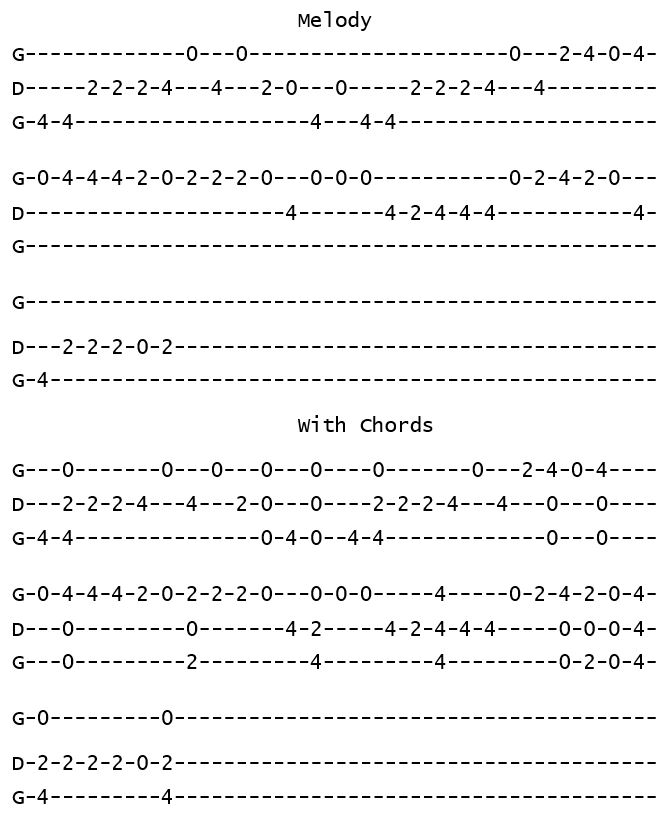