Iko Iko was first released in 1953 by Sugar Boy and his Cane Cutters, under the title “Jock-A-Mo”. It wasn’t until 1965, when the Dixie Cups covered it as “Iko Iko” that it made the charts.

The subject of the song is based on the traditional confrontations and disagreements between two Mardi Gras Indian tribes.

Click the image below for the Free PDF download of the Popular New Orleans song, Iko Iko! 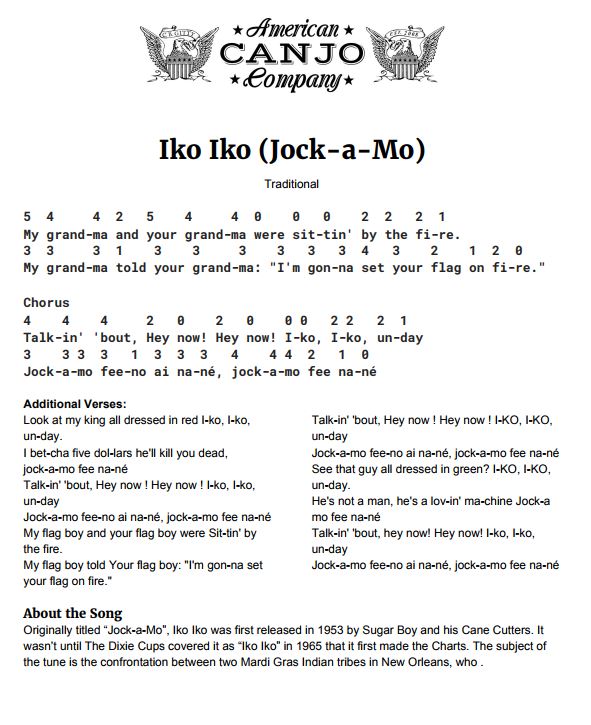