Learn a little bit about how Furry Lewis made his first guitar out of a cigar box! 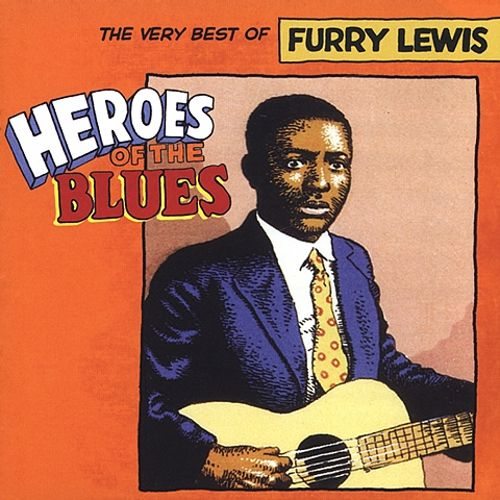 Memphis blues legend, Furry Lewis got his start playing on a cigar box guitar he built with his own hands.  He was known to tell the story of it to visitors of his Memphis home, always embellishing a few details.  Several versions of the tale have been chronicled.  Here are two:

From the book, Goin’ Back to Sweet Memphis by Fred J. Hay

“The first guitar that I had, I made it myself.  Because, quite naturally, it couldn’t be no guitar if I made it, but I could make some tunes with it.  I taken a cigar box and tacked it down, where you couldn’t open it, and I cut a little hole in there, in the middle of it, just like a guitar.  Then I taken another guitar and got me a strip off of it like that and tacked it on there like the guitar neck.  And I got screen wire, just like you get off your screen door or screen window… And I had some nails and I nailed them in there, in the neck part like you was tuning it, and the nails bent in there and bent them.  And then when you bent them like that, it tuned it.  Don’t you think it won’t.  Yeah, that’s where I learnt.

Another version of his story was captured in the book, For Black and Blue: Life and Music on Black America’s Main Street by Margaret McKee and Fred Chisenhall:

Well, I guess I was ’bout twelve, thirteen years old, something like that, when I first started playing guitar.  I didn’t have none so I got a cigar box, I cut a hole in the top, but a board and nail it on there.  And I taken four nails, put wire on ’em from a screen door for strings.  I couldn’t play it, but I rapped the sides, hootin’ and hollerin’.  I thought I was doin’ somethin’, you know.

He strolled the streets with his guitar for nickels and dimes, played parties for his neighbors and jived with jug bands for bigger to-dos.  Most prized, and most repeated, were the memories of playing with W.C. Handy…

Archived April 26, 2017 by Ben Baker and Shane Speal for CigarBoxGuitar.com