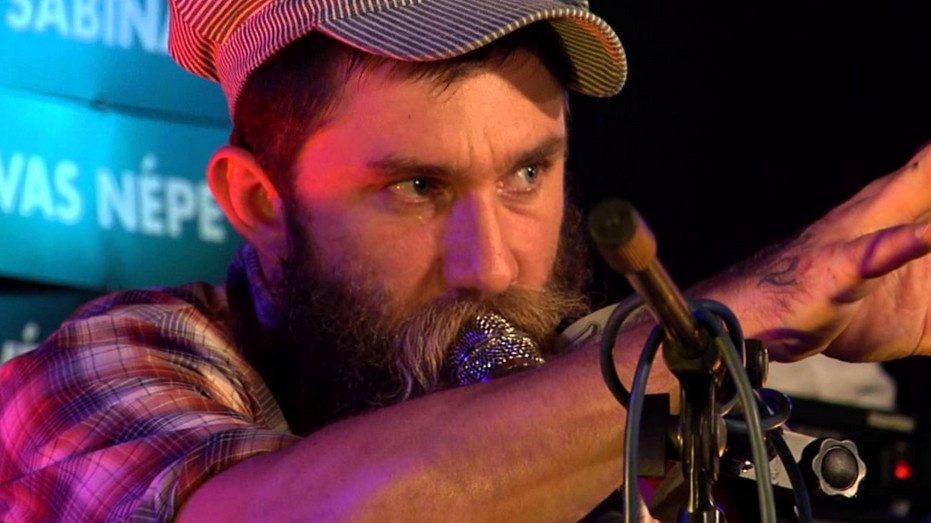 Ben was raised near the Everglades in Florida with nothing but the blues playing in the house. His grandfather’s influence made certain that Mississippi blues specifically helped to shape the boy’s musical interests.

Being in a rural area, seven miles in either direction to a paved road, the silence afforded Ben the chance to hear his neighbor pick bluegrass tunes on his banjo, half a mile away. This same neighbor would pay visits to the Prestage home from time to time, and it is then that Ben was taught to play a little finger-style banjo.

Later in life Ben could be found busking on historic Beale Street in Memphis, TN. With endless music and performing artists to distract a passerby, he found attracting an audience to be a challenge.

Taking cues from some of the other street performers, Ben learned how to play drums with his feet to accompany his guitar and vocals. Not only did people stop to listen and buy his CDs but they began to dance, hoot ‘n’ holler. People loved his new found style. Ben became a one man blues band.

From the bio on his website (see link below): “Ben returned to Memphis over the next few years for the International Blues Challenge (the world’s largest gathering of Blues musicians) and within three consecutive years took 4th, 3rd, and 2nd place. He is also the only two-time recipient of the Lyon/Pitchford Award for “Best Diddley-Bow Player.” Ben’s interesting approach to instrumentation, (finger-style guitar, harmonica, banjo, lap-steel, fiddle, resonator guitar, foot-drums, vocals), and his award-winning original songwriting (recipient of “The Most Unique Performer” at “The Song-writers’ Showcase of America”) has earned him invitations to perform across North America, Europe, and as far as North Africa.”

Ben has headlined the Huntsville Cigar Box Guitar Festival in Huntsville, AL and many other prominent venues.

You can find Ben at www.benprestagemusic.com.