“Apache” is an instrumental piece written in 1960 by Jerry Lordan. Since it’s inception it has been recorded by numerous artists over the years, including; The incredible Bonjo Band, The  Shadows and The Sugarhill Gang.

The basic melody of the song as interpreted by the Sugarhill Gang was used in Sir-Mix-A-Lot’s 90’s hit, “Jump On It”.

The following tablature was written out to fit with the Shadows version for 3-String Cigar Box Guitars tuned to Open G – GDG.

It is recommended to have a recording of the song ready when practicing, as it will help get the timing down. 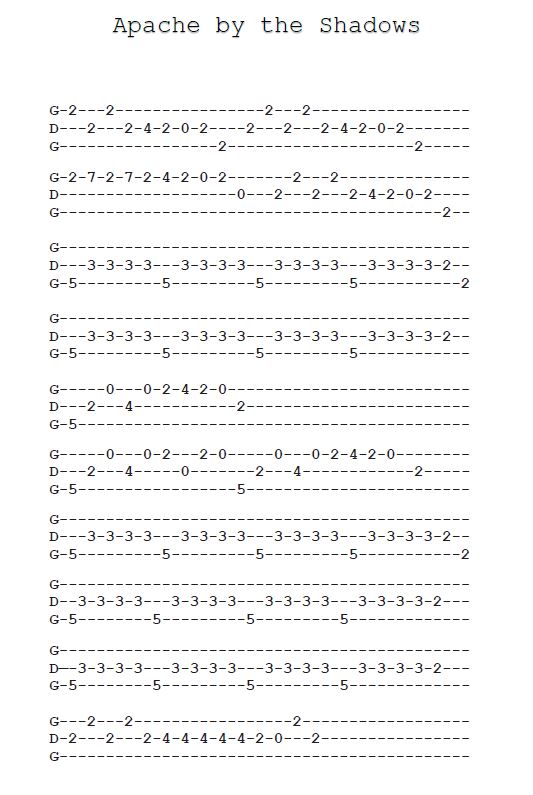