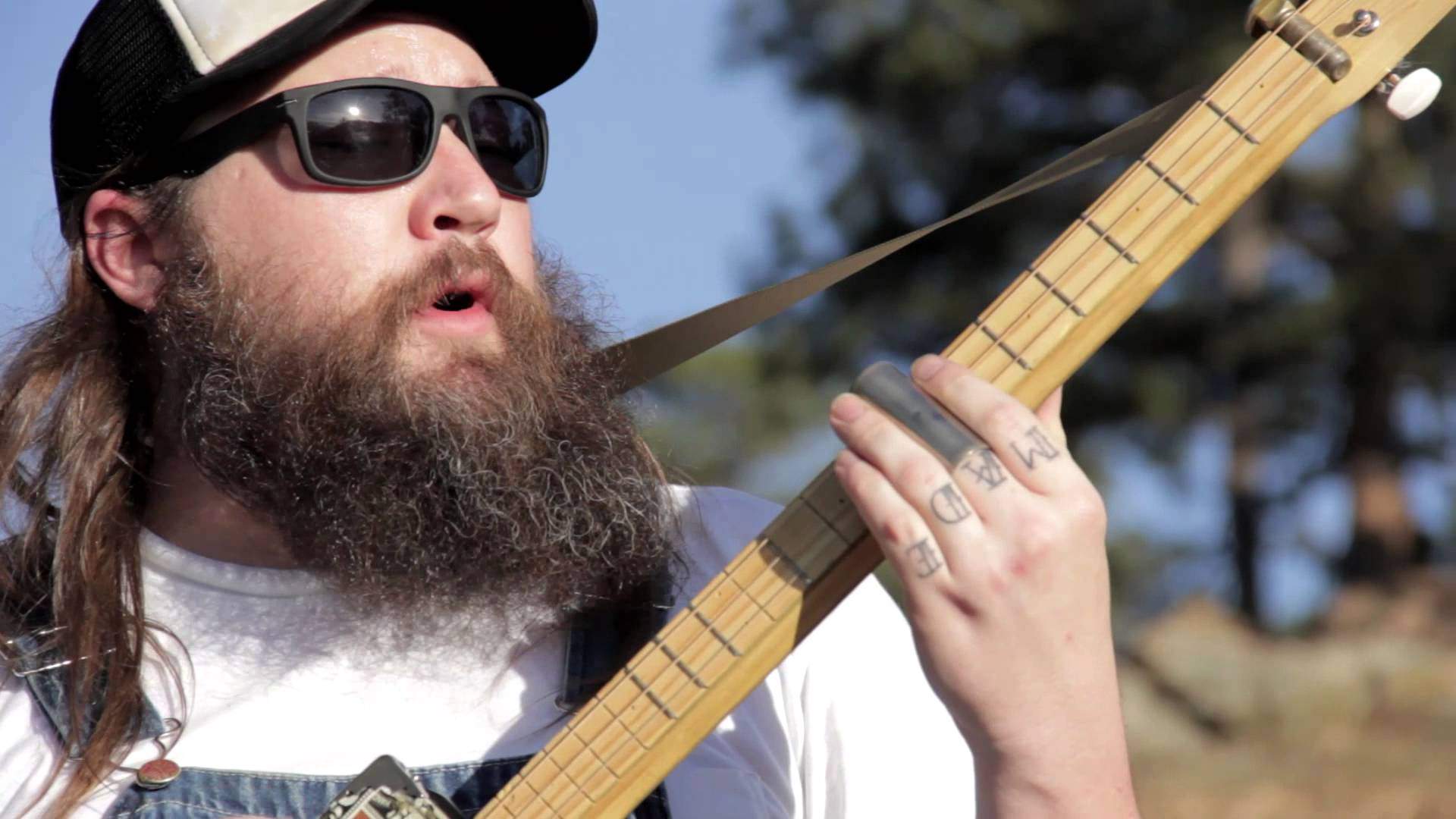 A. J. Gaither spent the bulk of his young adulthood getting his hands dirty, making a living working on cars. But the southern Arkansas native found a way to keep his hands busy, building and playing handmade musical instruments, while avoiding arrest and living further north in Kansas City.

After a spell in a two piece band playing washtub bass, A. J. took his low-tech, hillbilly blues on the road as a one man band. He builds all of his own cigar box guitars and foot percussion. He also writes his own songs, books his own gigs, drives the van, sets up, tears down each night. A. J. fully embraces what is to be an entirely do it yourself musical performer, often living out of his tour van while on the road.

A. J. has turned his DIY spirit into playing whiskey-soaked tales of heartache, performing on the road, and longing for home. Not one to wallow in melancholy, he is also known to tear up a barroom with his foot-stomping, red-lined hillbilly jams.

Having released three full length albums (his recent Live album is newly available from C. B. Gitty), A. J. continues to tour the southern and mid-western U.S. playing countless honky-tonks, barrooms, and dives; anywhere that he finds an audience who appreciates his Do-It-Yourself, one-man band style.