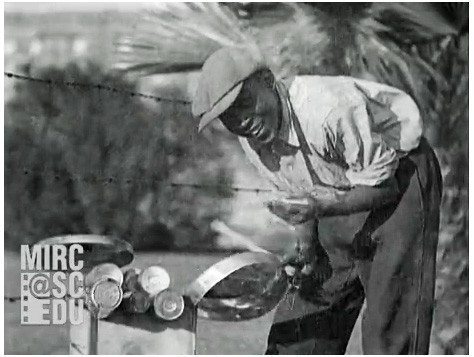 Spasm bands were a big part of New Orleans’ turn-of-the-century music scene. Cigar box guitars, fiddles and washtub basses all made regular appearances in the pool halls and on the street corners of the city, and played a role in the development of Jazz music! In fact, the first known use of the term “jazzy” to describe a musical performance was printed in reference to one of these spasm bands!

Homemade drum kits, like the one shown in this video, laid down the rhythmic backbones of these rag-tag groups. This video shows a young man, thought to be Kokomo Joe (a long-time street performer in the French Quarter), giving his homemade kit quite a workout.

Music always finds a way to come out!

See the video and learn more about spasm bands here.