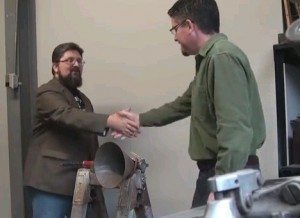 One thought on “Shane Speal and C. B. Gitty in New Documentary”