Hailing from Kansas City, Samantha Fish is a blues guitarist and singer that has broken the mold of cigar box guitar performers. While she has spent years honing her craft on six string electrics in various venues across both Europe and North America, Samantha has done something that few others have; she has put her cigar box guitar and the skills to play it on stage for massive audiences.

In her small, carefully curated arsenal of blues axes, Fish has a CBG built by Stogie Box Blues she bought while in Helena, Arkansas, playing at the 2012 King Biscuit Blues Festival. That year turned out to be a big one for Samantha as she won Best New Artist at the Blues Music awards in Memphis, TN.

Samantha started playing guitar at the age of 15 and haunted a local club for the next three years watching all the touring bands that rolled through town. At the age of 18 she began to take that same stage performing with various artists.

The next few years Samantha continued to perform and record which eventually led to her award in 2012.

The next year Samantha was given the opportunity to play with Buddy Guy who was initially a bit skeptical of Samantha taking the stage. However Buddy was so impressed by her playing that he was heard to have said, “When this kind of s@#! happens, I’ll play all night!”

Continuing to play and to grow as a musician has led Samantha to expand on her blues-rock style incorporating more roots rock and the fabled hill blues. She has released her third album as of 2015 and is still tearing up venues with her skillful performances and commanding vocals.

You can find Samantha Fish on her website: http://www.samanthafish.com/ 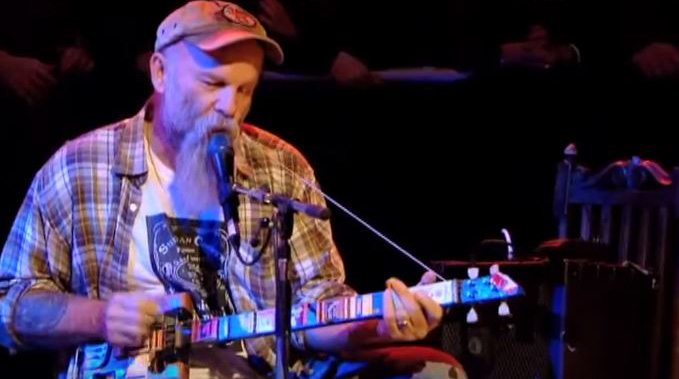 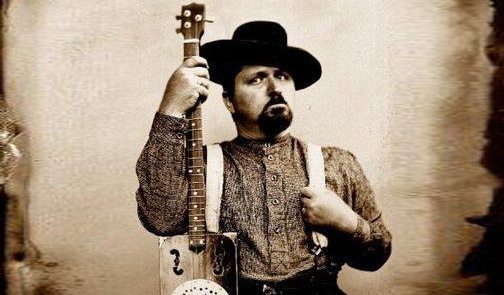 Shane Speal is largely responsible for the modern cigar box guitar revival. From the time he first discovered this forgotten folk instrument in the early 1990’s, he has been tirelessly spreading the word, organizing communities and performing with them onstage. This article by Glenn Watt tells the story of the man who took the title “King of the Cigar Box Guitar” many years before the instrument would start to gain public recognition. 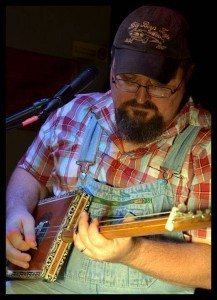 A man hunches forward, growling into the microphone. Sweat from impassioned performing rolls down his forehead and soaks his shirt but does nothing to stop his growing momentum.

One finger jammed into a stainless steel socket has the three strings of his cigar box guitar singing soulfully while his leg hammers up and down, keeping time by thrusting, pounding, sonically kicking you in the chest.

He plays his cigar box guitar with a measured fury. Playing like a runaway freight train, chugging mercilessly, but not recklessly, through his own art of storytelling.

With this style of play, Shane Speal, the King of the Cigar Box Guitar, has done more than position himself as a must-see performing artist. He has single-handedly resurrected an integral part of American roots music.

In ‘93 Shane first discovered the cigar box guitar through a Guitar Player magazine feature on Carl Perkins, whose first guitar was made from a cigar box and a broomstick. If Perkins could start on such a crude instrument, Shane thought, “Why can’t I?”

Already experienced with storebought instruments, but with no experience building one, he took  an old Swisher Sweets cigar box and weathered plank from the family barn, and built his first cigar box guitar.

He didn’t know it then, but he was starting a revolution. 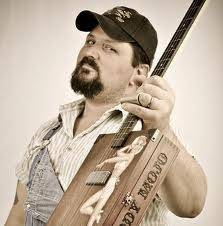 “I was obsessively looking for a sound that was grittier and more primal than the 1920’s Delta blues.  I grew up on a diet of thrash metal and punk, so by the time I discovered the blues, I craved stuff that was perfect in its imperfections.”

For the next six years Shane built and sold cigar box guitars locally, spreading the word of roots music through human connection. In 1998, he created  the first known website for cigar box guitars. The King of the cigar box guitar was beginning to take his message global. Later in 2003, Shane created a new website on Geocities, posting plans for seekers of hand-built instruments to construct their very own cigar box guitars.

This new site opened the flood gates to a worldwide audience, with people clamoring for more info on what it would take to build their own unique handmade instrument. Up to this point, budding artisans had been unknowingly bound by the chains of corporate music, and Shane Speal was stirring people to break those restraints. The word was spreading and the revolution was on.

The chains were being broken. 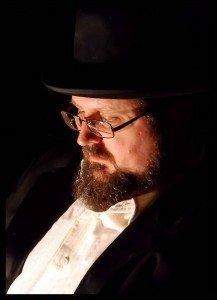 The overwhelming response, and having to personally answer hundreds of emails, moved Shane to create a Yahoo! group, which he titled “Cigar Box Guitars”. This platform allowed people to connect and empower, sharing their creations and answering each others’ questions.  By 2008 the community had reached 3000 members worldwide.

Shane’s vision for the revolution was for it to grow and take hold on a far larger scale. In order to enable that, he moved the community to a robust online platform to support the vast amount of content that the people were thirsting for. Late in 2008, CigarBoxNation.com was born.

“It’s weird for me to hear my obsession labeled ‘an online community.’ I just wanted to see people discover this forgotten instrument that changed my life.  The vehicle for sharing the information may be an online community, but if I’m responsible for keeping people online and not out starting a band, then I’ve failed.”

Most often he took the stage alone in front of audiences who had no idea what on earth was in his hands. It didn’t take long for those in attendance to realize that Shane’s hand-built instruments could produce music as soulful as a lone mournful voice and as raucous as Motorhead with something to prove.

“I’m a musician. I want to make the best damn concert you’ve ever seen.  I want to write songs that make peoples’ heads explode.”

Along with his groundbreaking actions that have helped to restore the cigar box guitar to prominence in the American roots music movement, Shane also has these notches in his guitar neck: 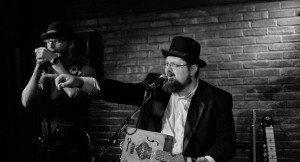 “I’d like to see this whole idea of “build-your-own, do-it-your-damn-self” music take off. There’s still 99% of the population that has never heard of [the cigar box guitar]. But most of all, I want to keep playing concerts. I have the greatest band of my life (Shane Speal’s Snake Oil Band).  We’re tight, vicious and we can rock any stage you put us on. When we come off stage, we feel like nobody can touch us.”

While the future of the cigar box guitar revolution is unknown, its wild growth to-date and its influence in the roots music movement are undeniable. As more people gather to enjoy the beauty of heartfelt, home-grown, anti-pop music, the future looks bright.

Through it all, Shane continues to bear his slide down on the strings, leaning into the microphone, thumping his leg to the time of his grooves, and sweating out his passion for the cigar box guitar. One performance, one community member at a time, he fiercely spreads the word. 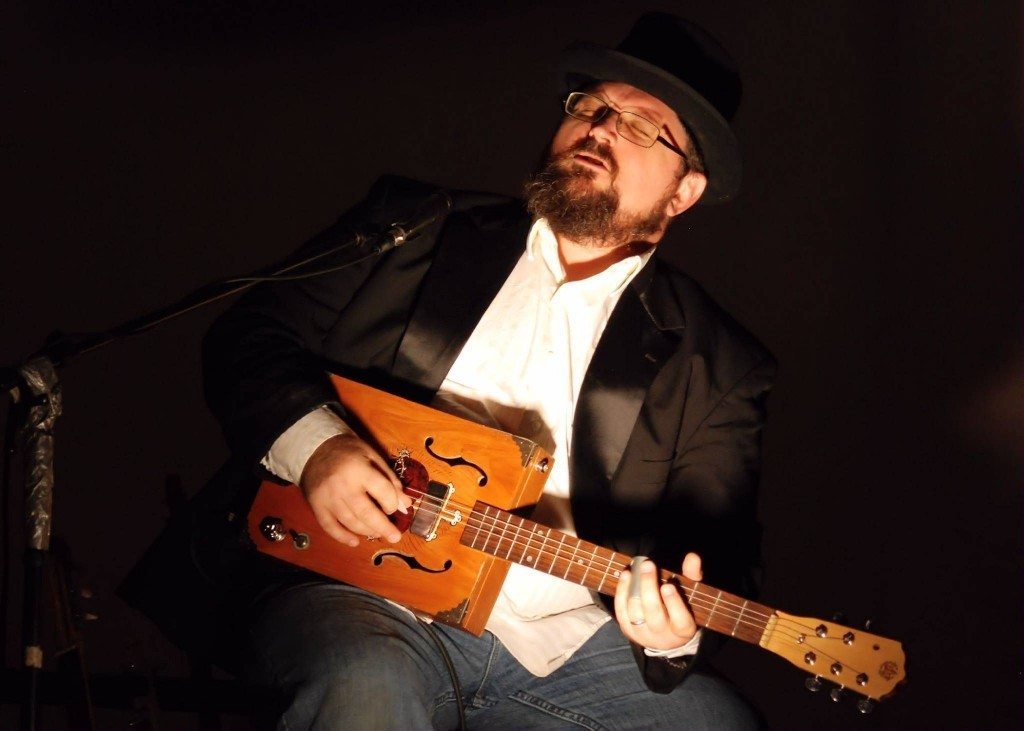 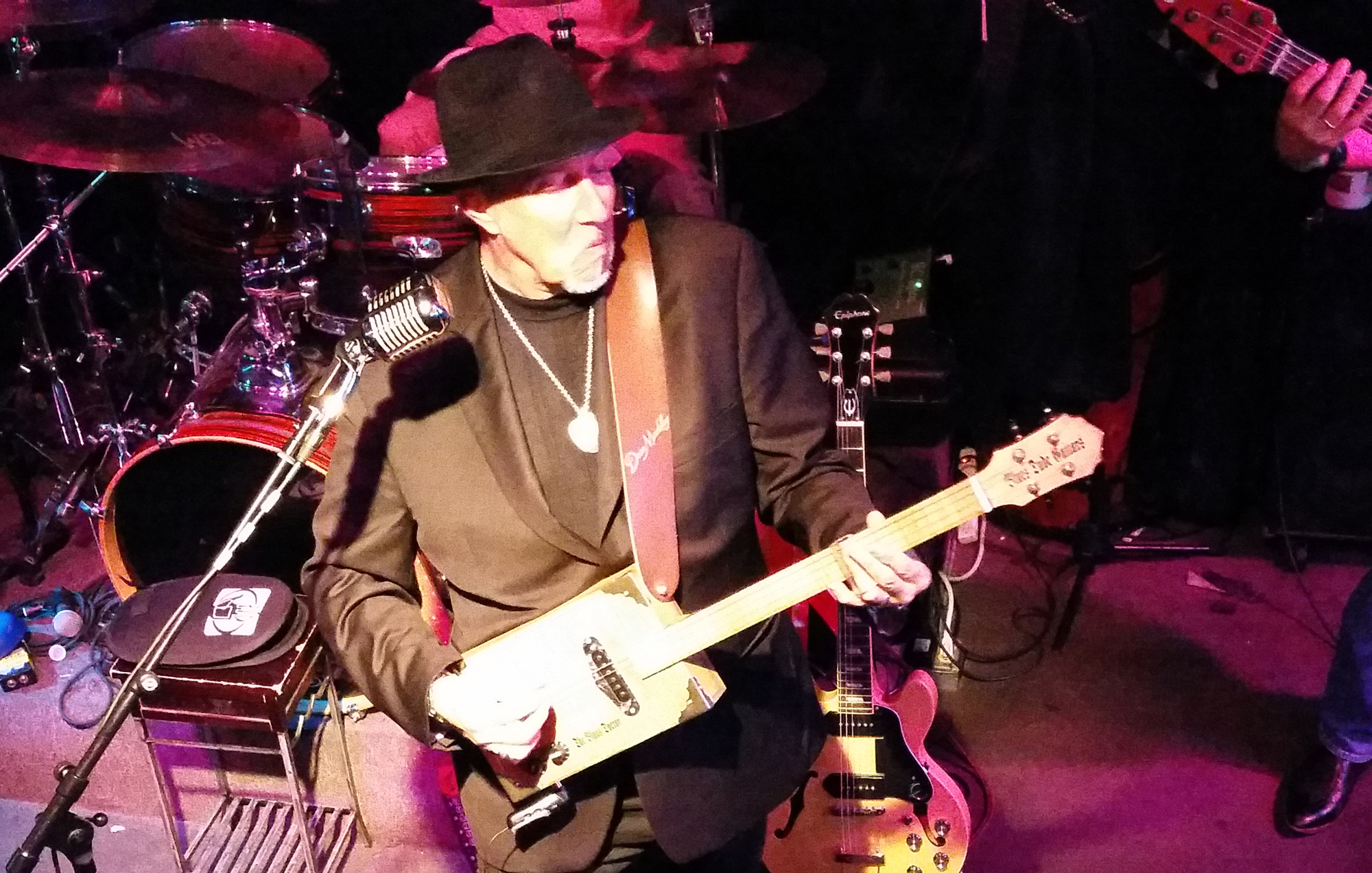